As the 2023 session gets underway for the Washington State Legislature, two big reports offer guidance on how to tackle the housing shortage.

One comes from a group of top CEOs and former Washington Governor Christine Gregoire; the other, from the non-profit Urban Institute. Both point to similar strategies.

Gregoire said such CEOs want housing, not just for their employees, but for people like teachers and firefighters, who make a community work.

The CEO group made 19 policy recommendations. Gregoire said one stands out: allowing duplexes, triplexes and townhomes on land currently reserved for single family homes, a move that cities like Auburn and Federal Way have resisted in the past.

RELATED: What Washington's housing legislation could look like in 2023

“Quite frankly this fundamental first step is to address zoning and density," Gregoire said. "And it’s that foundation upon which all other recommendations are made.”

On top of that zoning reform, Gregoire said the region needs a comprehensive set of policies that make sure we’re getting the right housing, in the right places, for the right price. 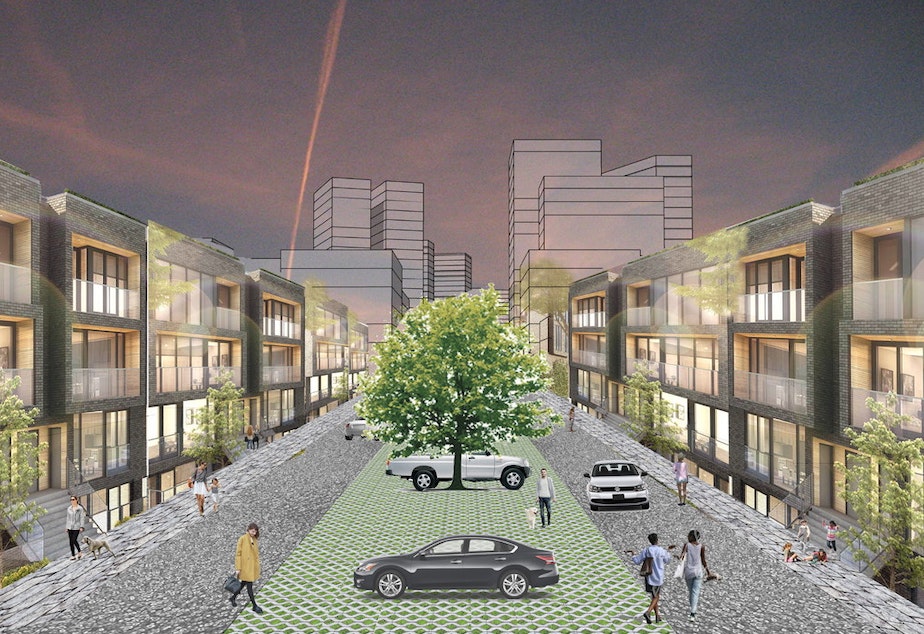 Quite frankly this fundamental first step is to address zoning and density. And it’s that foundation upon which all other recommendations are made. Former Washington Governor Christine Gregoire
Credit: University of Washington College of Built Environments

The report also highlights strategies to dramatically increase the supply of housing. The goal is to reduce competition for homes and bring down prices.

Some of these reforms take power away from local mayors. Opposition from mayors in cities like Auburn and Federal Way helped derail similar reforms during the last session of the state Legislature.

But Gregoire says this time, she’s more optimistic because the more conservative Association of Washington Cities has signaled support for these ideas, in principle. Gregoire says it will be important to bring all these stakeholders along if these ideas are to become laws.

RELATED: The Ripple Effect — How Seattle's housing woes push people out and what to do about it

The challenge is that the more flexibility for cities that you build into a comprehensive housing package, the less control the state has in actually achieving its housing goals.

“It’s a tough nut,” Gregoire said, that will require a combination of economic incentives and penalties. “But it needs to be done. If it’s not done, we cannot solve affordable housing.”

While Gregoire’s CEO group highlighted the need for more housing near transit, The Urban Institute’s researcher Yonah Freemark highlighted systemic problems that reduce the amount of housing that gets built there. For example, Everett has already done some zoning reform.

RELATED: What's a 'housing benefit district' and why do people want them around light rail stations?

“The zoning there is actually pretty accommodating," Freemark said. "You can build multiple units on most lots that are occupied by single family homes. But the reality is that the real estate market there is pretty weak compared to the rest of the region. And so, you can’t actually bring developers in to build, even though the regulatory environment suggests that you should be able to attract new housing.”

“On the other hand, you have communities like Lake Forest Park and Mercer Island, that have really strong real estate market,” Freemark said.

“But at the same time you have zoning there that's very restrictive; you're not able to build hardly anything other than single family homes. As a result, you're not getting very much housing built there,” despite major investments in transit in those locations, which unlocks the option of lower-cost car-free living.

South Bellevue offers another example, Freemark said, of a community with restrictive zoning a short distance away from great transit.

To correct this mismatch between real estate markets and transit investments, the study advised doubling the allowable density around bus rapid transit and light rail stations. That could help lure developers to places like Everett, Freemark said, while at the same time increasing the number of housing units built in more exclusive places like Lake Forest Park and Mercer Island.

Like Gregoire, Freemark also highlighted the problem that parking stalls are required near transit, noting that "50% of land near transit in the Seattle region continues to require parking. That can be changed tomorrow if the cities want to.”

We would love to hear your feedback on our reporting

6 issues atop the agenda for the 2023 Washington Legislature